I’ve gotten too cozy on the sidelines. Ive justified my position by lame excuses, like “I wouldn’t know how to help. A moment from middle school stands out.

On the journey to school, I noticed a group a guys harassing a girl from my school. They were across the street, so I stopped and stood there watching. I was one of many bystanders watching my fellow school-mate get angry at these boys. She was screaming at them to stop teasing and calling her name’s. I could have run across the street and intervened, but I didn’t, thinking one of the other kids would help. They didn’t either. After several minutes of heated escalation, a teacher intervened and had the crowd scramble.

These events of “should haves” and “could haves” filled me with regret. The most painful one happened a few months later. One night, as my grandmother was leaving my parent’s house, she fell down on our front porch steps. My parents rushed outside as I watched from the window. They carried her back in the house and my father called emergency services. My grandmother had lost some blood and was loopy.

During the brief time before the ambulance came, I sat in another room frozen. I didn’t offer to help; I was crying because I thought I was losing my grandmother. During the time leading up to this event, I was going through my first major depressive period.

The ambulance came and did some initial diagnosis. They determined my grandmother was fine. The EMT took her to the hospital just in case.

When the chaos subsided, my mom asked me why I didn’t help out. I couldn’t answer her. I couldn’t sleep that night, wondering why I froze up. My belief was I couldn’t bear witness to someone dying. But my grandmother didn’t die that night.

It was after my depressive period that I could see more clearly the problem. My resolution to any similar situations would be to set aside emotions and focus on the task at hand. People involved in a crisis matter beyond my emotions. And I know that line’s not always clear, but let’s not open that set of moral ambiguities.

Two years ago, I was challenged with a different dilemma. I was with a date walking around at night when we met a beggar. The beggar was younger than us, a woman with disheveled hair and ragged clothes. She was begging for food for her daughter and her.

The fraud center of my brain began to whirl. My date looked at me to see what I would do. I decided to help this young woman, so we bought her a pizza at the restaurant nearby. As we were waiting, she told us about her money situation, how embarrassing it was to ask for help, and how many people ignored her. She thanked us profusely when the food arrived and we went on our separate ways.

I’m not going to talk about how to evaluate panhandlers and beggars. That’s its own article. Instead, here are two takeaways.

My college economics professor started each lecture with a simple saying. “Doing nothing is always an option.” At the time, he was explaining financial opportunity costs. I’m translating it to everyday decisions. If you are on the crossroads of sideline and intervention, choosing the sidelines is a choice. It is up to you to determine if it’s the right choice. 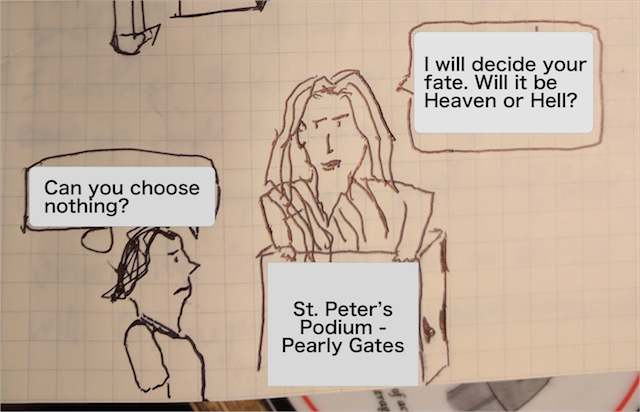 I was at the National Civic Day of Hacking event in San Francisco, and the organizer captain, Jesse Biroscak, delivered an outro. To paraphrasing a point I thought was important, “You are the only ones who can help. Look around the room. This is it. There is no one else.” I looked around the room and saw around 30 people.

“Oh my gosh,” I thought, “he’s right. If I want to see change, I’m going to need to start the campaign.”

Jesse was talking about projects for the SF Brigade. One can easily translate that to everyday situations. See debris in the middle of the road? Call highway patrol. A blind person is judging if they should cross the road? Tell them if the coast is clear. Have the skills to help out a non-profit? If you can make the time, do some pro-bono work.